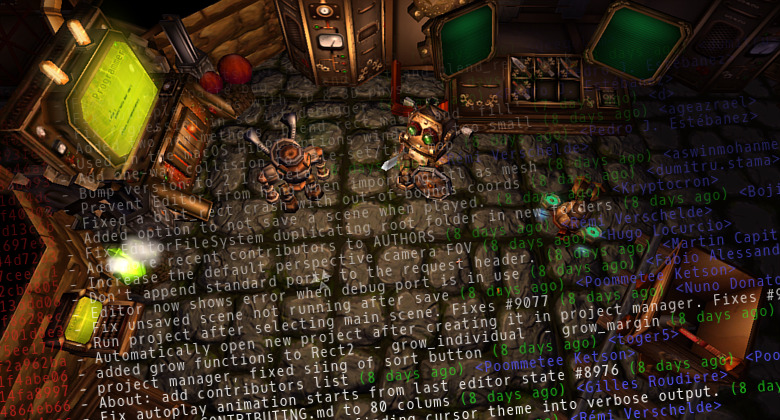 Edit 2017-08-25: Here's finally the release candidate build. WinRT templates are still missing, but they're not blocking for the release given that they are experimental.

Edit 2017-08-17: And another beta build, probably the last one before the release candidate. Note that WinRT templates are missing in this build, will be fixed for the RC.

Edit 2017-07-31: Time for another beta build, with one month's worth of further improvements and especially fixes for various regressions found in the 2017-06-25 build:

Already more than 2 months since the last maintenance release in the 2.1 branch, and many bug fixes as well as new developments have made it to that branch.

Some of those new developments being slightly more experimental than we use to merge in the stable branch, the upcoming 2.1.4 release will need some heavy testing from the community to make sure it does not bring regressions.

So now's your time to shine:

What are regressions? They are bugs that did not occur in the previous stable release (2.1.3) but which can now be experienced in the beta build. You can also report bugs in the new features of 2.1.4, which, even if not strictly speaking regressions, should be worth looking into before the release.

Note: In this build the 32-bit Linux binaries are missing (both for the editor and the export templates) due to a buildsystem issue; this will be fixed before the stable release.

Happy testing, and thanks for your help!