Only two buttons, but dozens of games!

The votes for our Dec 2016 - Jan 2017 Godot Community Game Jam ended last week, we can now congratulate all participants and showcase the best rated ones!

41 games were submitted this time, which is huged compared to our previous two game jams which had respectively 11 entries (March 2016 jam) and 17 entries (June 2016 jam) - it shows how the Godot community is steadily growing!

Following our usual rule, all games submitted to the jam are distributed under free and open source licenses (at least their code and scene files - if unsure about the assets best ask the authors before reusing them), which makes an incredible resource of learning material for beginner and experienced Godot users alike. We all use Godot's feature in different ways, and reading other developers' code or scene setup can really help understand the engine and find one's own "best practices".

The jam's theme was Two buttons, which could as usual be interpreted quite freely. Games were rated based on those three criteria:

The average value from those three criteria would then be the overall ranking.

Enough introductory speech, let's check out the best games from this last jam. 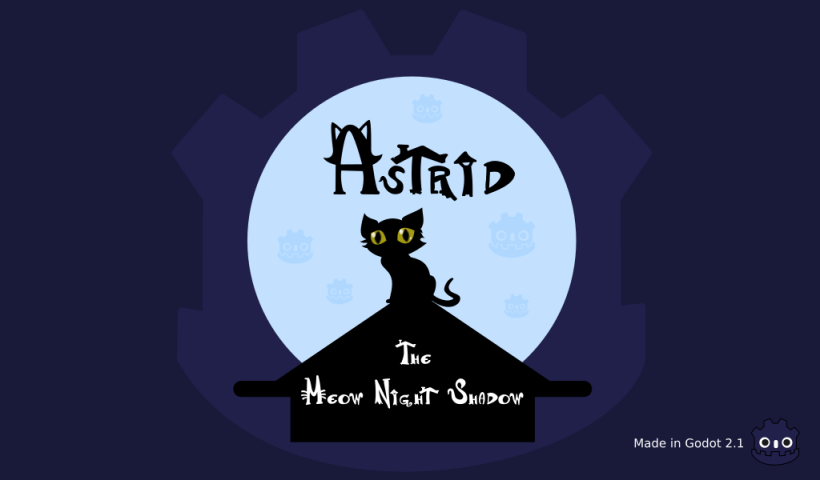 We were so fond of the game that we used it at our FOSDEM booth to showcase the editor and the fact that yes, you can do 3D games with Godot (it's not PBR yet, but for a demo it was already quite nice). We had to tweak the game's difficulty a bit to make it easier to play by forum visitors without having to lose 10 times to get the gist of it ;) 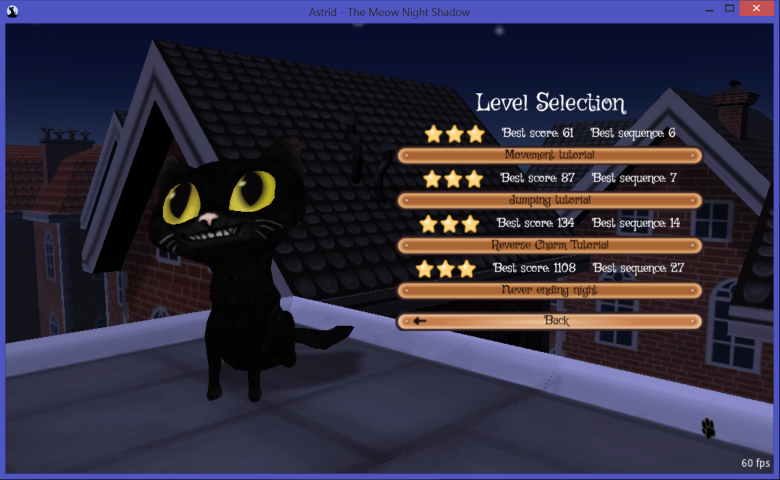 Astrid also ranked first in the Graphics and sound category, so kudos to Mimmi Collin for her artwork and Arnaud Quevedo for the music!

An educational game with neat 3D graphics where the players needs to do math operations only with 2 and 3. 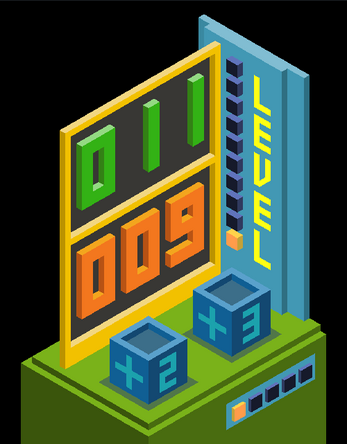 The game's attention to detail and well thought gameplay seemingly had a great impact on the voters. The Two buttons theme was of course used as best as it could, since the game features two in-game physical buttons which are activated by two input buttons - so game therefore ranked first for the Theme criterion.

Control two cars at the same time using only two buttons, and make sure not to hit other cars on the road! A pretty interesting and challenging concept, as you control each car using a single key, so it's not your typical driving game! 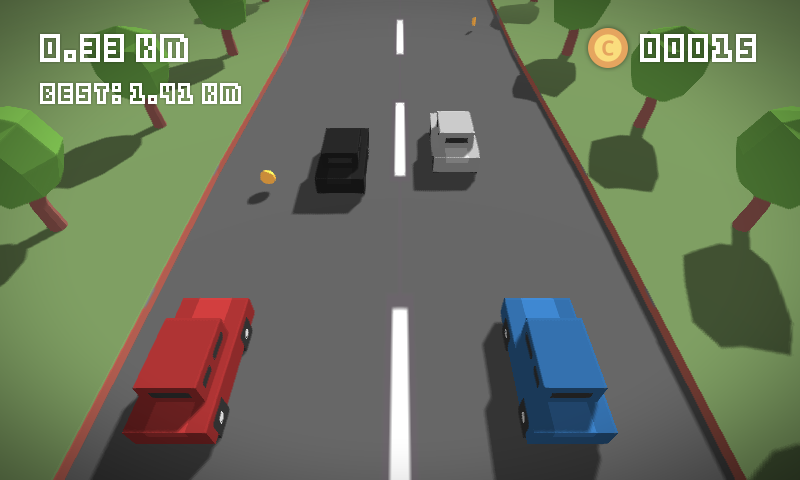 Best game for each criterion

Now let's check which are the other games with the highest ranking for each criterion.

Use of the theme

We already saw the best contestants for this criterion, 2 or 3! There are then three games tied for the 2nd place: Two Taps Racer, TBPlane and Tamagowari. All in all most games ranked pretty high on this criterion, it was relatively easy to fit the theme :)

Check them out of the game jam page!

The first place for this criterion goes to ButtButt by Non0w. The gameplay for this one is indeed quite interesting: you can only do two actions at a given time (e.g. go right and jump, or go left and up), and those actions change each time you reach a checkpoint - you therefore need to find the right way to reach the exit with those limited actions. 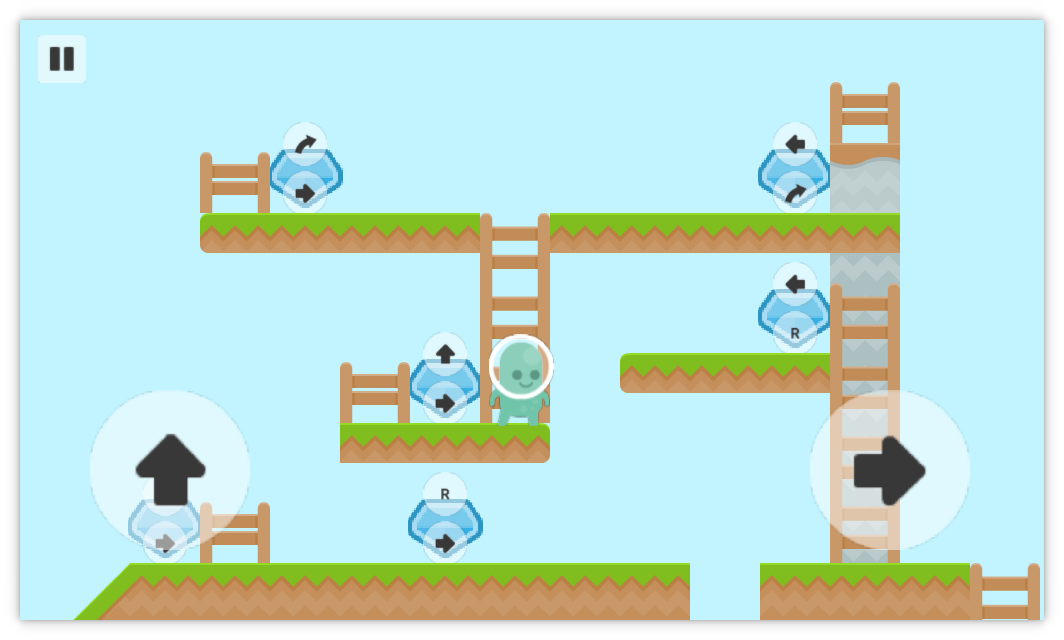 As mentioned above, Astrid got the award for the best graphics, but there is another gorgeous looking game right behind it with the second position which is definitely worth mentioning: Stargazer, by Novastrike Media. 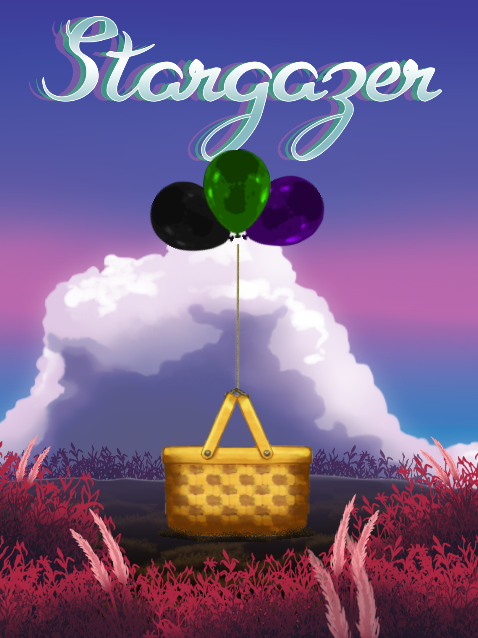 The art and music were made during the jam and are simply awesome - we hope Novastrike Media will continue working on their jam entry and turn it into a full game!

Check the game jam page to see all other submissions that we did not mention here, there are some pretty interesting games and concepts!