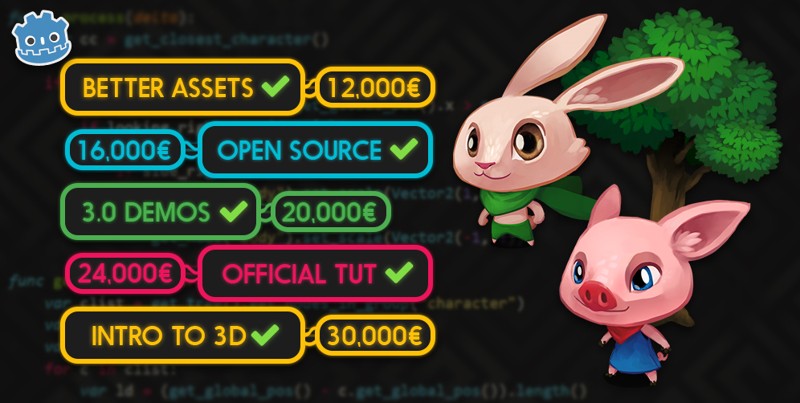 We’re in the last few hours of Make 2D Games with Godot on Kickstarter. It’s been a resounding success. It came out a lot better than our most optimistic guesses, with more than 4 times the initial goal. And it’s not done just yet! There’s a few hours left.

There are 2 sides to the project: on the one hand, the backers get a premium course. On the other hand, the campaign also funds a lot of free content. Both as in free speech, and in free beer.

During the Kickstarter, I produced a new tutorial almost every day. The playlist features 28 Godot tutorials, with a few more coming this week. There’s already 15 open source example projects to go along with them on Github.

Before we talk about the contributions, let's gather for a closing livestream tomorrow, starting at 11AM CEST. I'll give a GDscript demo, and take some time to answer your questions afterwards. 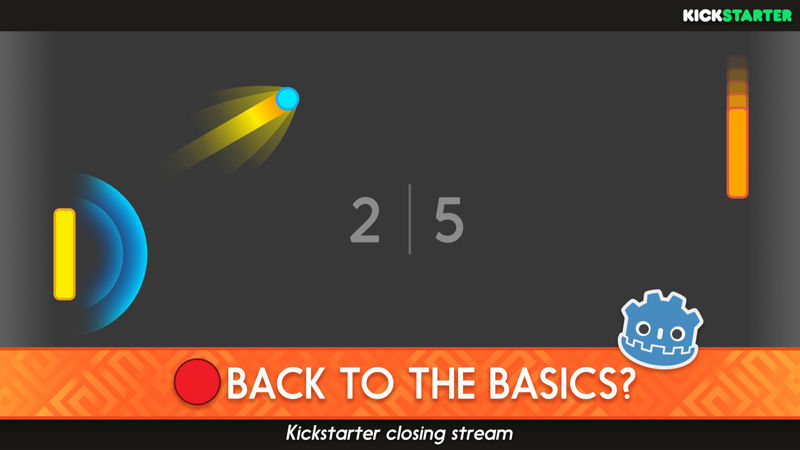 Contributions to the official documentation

Before the campaign, we discussed what Godot’s docs needed the most with Akien, and where I could help. A fair part of the Kickstarter's budget will be used to bring better content for all Godot users:

On top of that, I will share the tools I create for the needs of the course. There again, open source (game art template, editor plugin, useful scripts…). 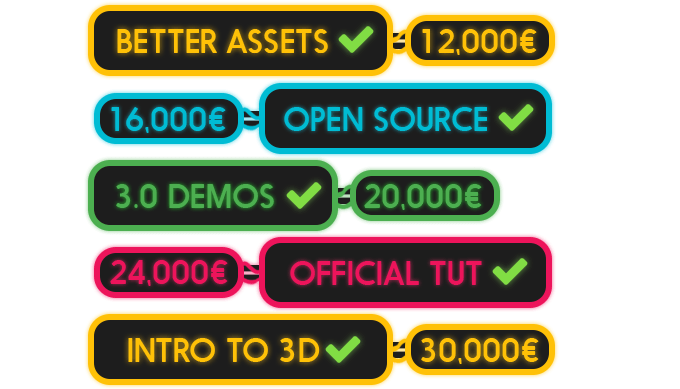 The entire project is going to take a year. Maybe more. As a puny human, I can only tackle one task at the time, so you will need to be patient! As the campaign went so much better than anticipated, I don’t even know myself all there is to do: the backers will vote for more than a dozen bonus topics to cover, on top of the planned course. I will prepare a rough schedule after the backers voted, around mid-July.

Thank you kindly for your time,

PS: You can still support the Kickstarter until 12PM CEST tomorrow if you so desire.