This article is from January 2021, some of its contents might be outdated and no longer accurate.
You can find up-to-date information about the engine in the official documentation.

Hi everyone, beginning a new 2021. I am Ernest Lee, a core contributor to the 3D pipeline of Godot. I enjoy contributing to new features and bringing new possibilities to the broader community.

glTF can be used in many diverse ways to import or export models across existing industry-standard tools, either through native glTF support or through third-party plugins.

Godot has had support for importing glTF 2.0 files since Godot 3.0, and we strongly expressed our support of this open format. This support has gradually improved over the years and is now quite mature, at the same time as exporters in software like Blender have also reached a very good state.

For Godot 4.0, we want a bidirectional workflow with glTF: import and export. We want Godot to be accessible to programmers, animators, and character artists. glTF in Godot Engine allows for a combination of in-engine and out-of-engine tooling to work together seamlessly. We hope that this makes our lives better with asset pipelines for 3D.

Learning from the difficulties of previous 3D standards

The nature of 3D can complicate the import/export process of a game character. One primary example is character animation support, where mistakes and corrupted animations abound.

With glTF, the standard has been polished and established across diverse uses. Everyone can use the glTF standard freely, adapting it in their software and applications.

How does glTF export help with making games?

Importing glTF scenes is supported since Godot 3.0, but my contribution makes it possible to export scenes from the Godot editor to the glTF 2.0 format. You can now export your Godot scenes to glTF to get it back into Blender or other apps and make edits continuously. This workflow means you can work on your scene in Blender and then bring it back into Godot for more work.

You can also use the Godot glTF export pipeline to create and modify world geometry. For example, creating a blockout or prototyping within Godot, then exporting as glTF to further edit in Blender, and finally bringing the geometry back into Godot.

Character animation support was essential to me, as interoperability between applications has been lacking or spotty, even among applications that speak the same format. In some cases, broken animations could take enomous effort to correct.

Work from @viridflow on Twitter and the sample model Alicia from VRM.

Taking modifications from Godot into Blender

You can more easily modify levels in Godot, transfer back into Blender and eventually back to Godot. 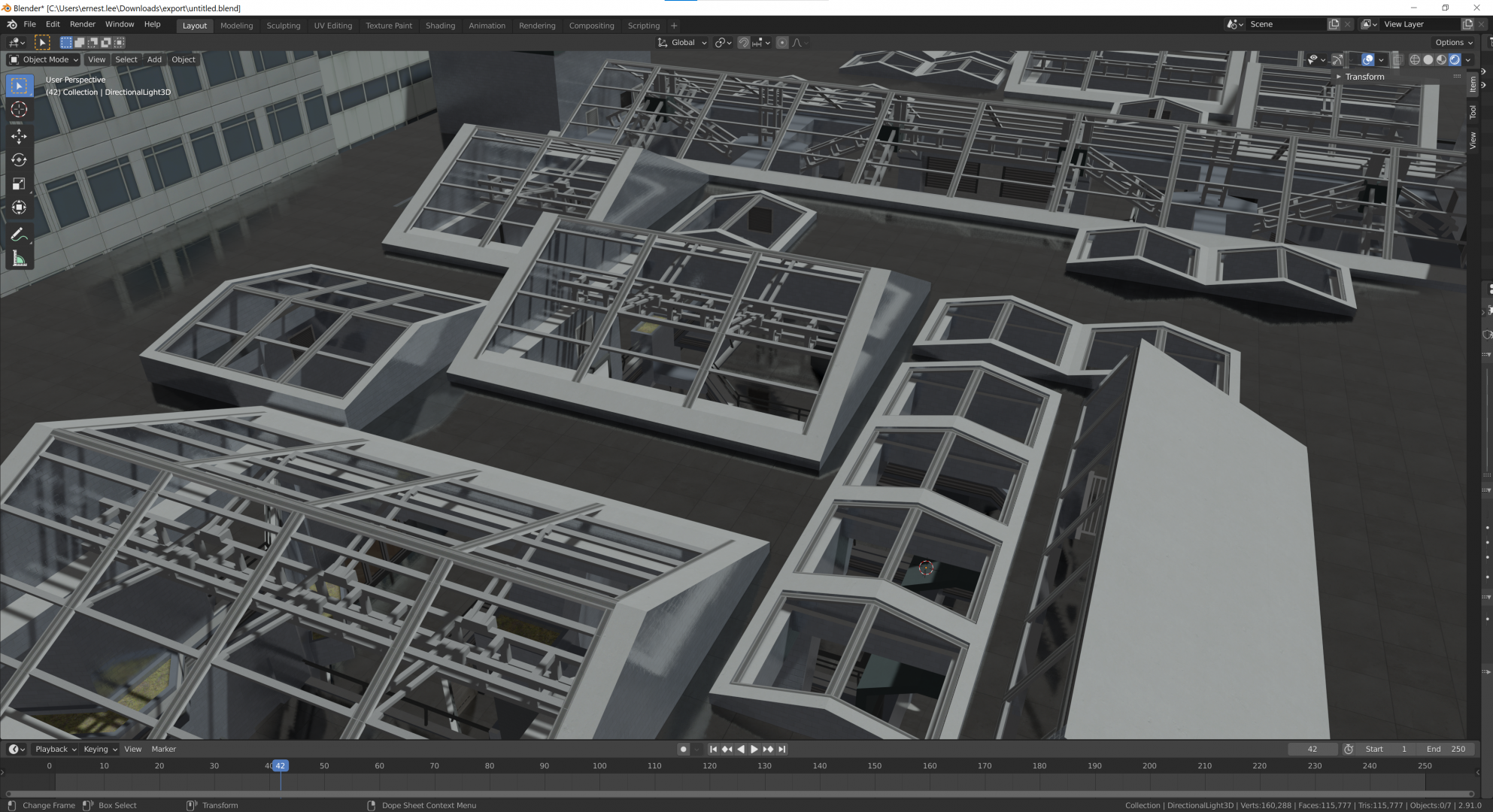 How did we implement glTF export?

We started work on glTF export in 2019, but Blender was misreading our output.

Marios Staikopoulos fixed the glTF2 skeleton interpretation. (Thank you so much!)

Afterwards, the Blender import/export plugin before version 2.83 could not import any glTF correctly, and it was fixed thanks to scurest’s work. (Note that Blender versions older than 2.83 are not supported.)

We had trouble with Godot instanced scenes. When a skeleton was in the scene multiple times it became merged, which was fixed.

We will add support for these features along the way:

Who helped along the way?

I want to thank the following people for contributing to glTF import/export:

We expect to fix issues along the road. If you have any problems, please report them on the issue tracker. When reporting an issue, make sure to include a minimal reproduction project with the 3D scene in question.

Addendum: Why not Collada (.dae)?

The standards body behind glTF 2.0, Khronos, is also behind Collada (.dae). The Collada format has limits that could not be overcome without an entirely new standard.

More information in this article: Why we should all support glTF 2.0 as THE standard asset exchange format for game engines.