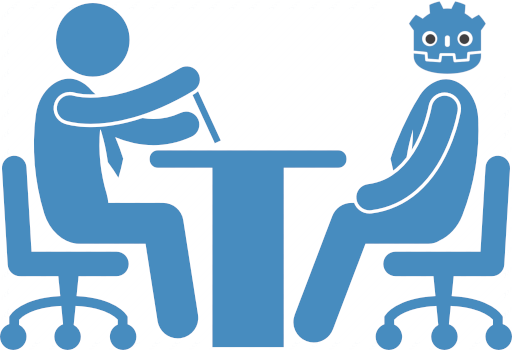 The past two years, the project kept growing at a steady pace. One of the most important consequences of this growth process is that our GitHub issue tracker has exploded with ideas, proposals and bug reports.

While we have a very clear guideline on how bugs have to be reported, proposals went usually from simple ideas like "Implement bluetooth multiplayer" to detailed plans for enhancements. Because the entry barrier is so low, our main issue tracker got quickly flooded with too many ideas and proposals. There are so many of them that it's just impossible to seriously discuss them all, so our issue count kept growing way past 5k.

As this situation went beyond our control, we hosted several discussions about ways to improve the proposal workflow. The first task was to identify the problems with the current system:

Based on this, a new proposal submission system was created. Submitting a proposal now has stricter requirements and fields that need to be filled:

In short, this new process aims to shift the burden from those reviewing to those proposing, so we can better utilize the time and resources kindly donated by the community to the project.

Attempting to open a feature request or enhancement issue in the main Godot issue tracker will ask you to, instead, open it in the new proposals one:

Over the next weeks, old proposals in the main issue tracker will be closed, asking those who opened the issue to please re-open them in the new one. Proposal topics with already lengthy discussions that remain open will be moved as-is directly.

The result of this is that the main issue tracker will only be for bug reports, hopefully reducing the amount of them significantly and making it more manageable.

No system is perfect and, over time, we may find ways to enhance this new workflow. A common question is whether simple proposals need to go via this new process. The answer is yes, because defining "simple" is actually very difficult. Hopefully, over time we will be able to better improve this workflow.