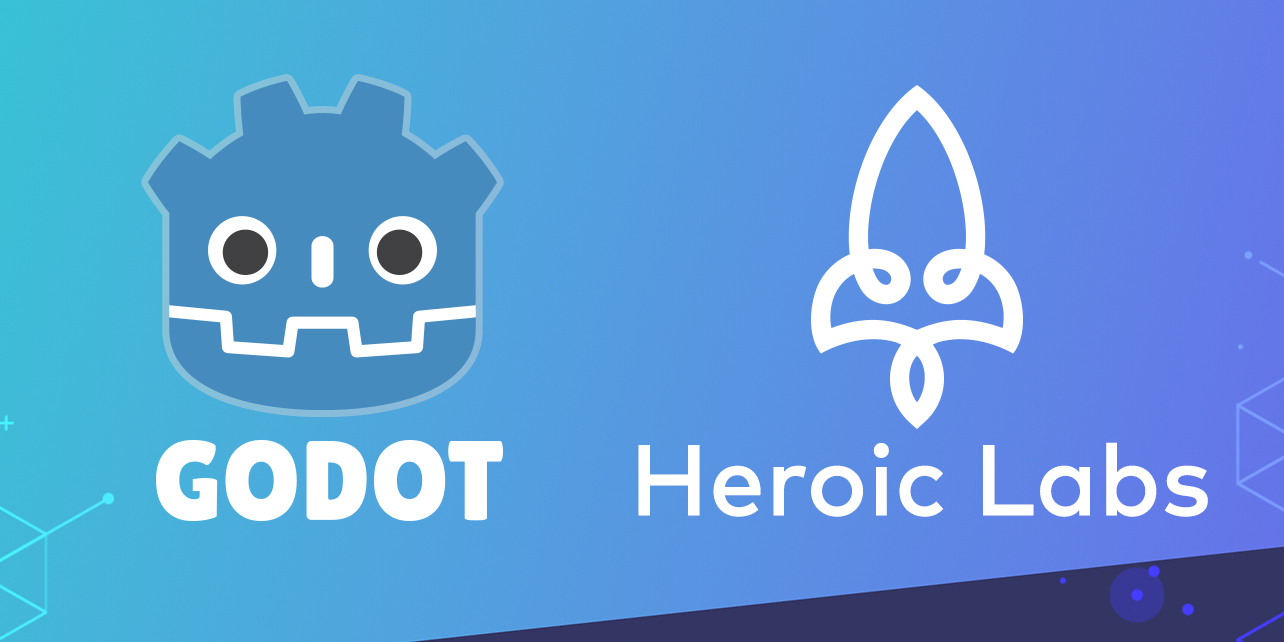 We are happy to announce that Heroic Labs is now supporting Godot's development as Platinum sponsor! For this occasion, we asked Heroic Labs co-founder Mo Firouz to write some words about the company, why they chose to support Godot and their plans to integrate Nakama with our engine.

Imagine a world where all music had been written for piano.

In a piano-only world, we’d never have the guitar solo from Comfortably Numb, or the drum loop from Straight Outta Compton, and the Flight of the Bumblebee would lose its frantic energy.

Pianos are wonderful but the world’s richer for all the many ways that we can make music.

At Heroic Labs, we see games development in a similar way. The rich variety of tooling available to games developers has delivered an explosion of creativity over the past decade.

From match-3 puzzlers to immersive first person space operas, video gaming is an art form as varied and valuable as literature, film, and theatre.

And that’s why we’re excited to support the development of the Godot Engine as a sponsor.

I was lucky. I grew up in a country and a time where people did their gaming on computers, rather than consoles.

Commodore Amigas, Atari STs, and early PCs made it easy to learn the ropes of game development in accessible languages like BASIC. That meant the path from gamer to game developer was inexpensive and usually free.

Today, open source game development tools do a similar job. They help everyone –– from indie developers to AAA studios –– to focus on creating the best game rather than having to rebuild a physics engine, shift graphics blobs manually in memory, or develop reliable back-end infrastructure.

That’s why we created Nakama and made it open source. We wanted game developers to have access to the same high quality back-end functionality that’s available to developers working in other industries. Crucially, we wanted to make sure that anyone could build their game with Nakama, whether they’re learning in their bedroom, bootstrapping as an indie dev, or trying something new at a big studio.

We’re thrilled that Godot shares our passion for open source tooling and we’re excited by the possibilities unlocked by combining Godot and Nakama.

Right now, we’re working on our integration with Godot Engine and we’ll post an update once it’s available. Nakama and Godot together will give a whole new generation of game developers the opportunity to build resilient, beautiful, and immersive gameplay experiences.

Welcome to Heroic Labs in the Godot community, and many thanks for your support!