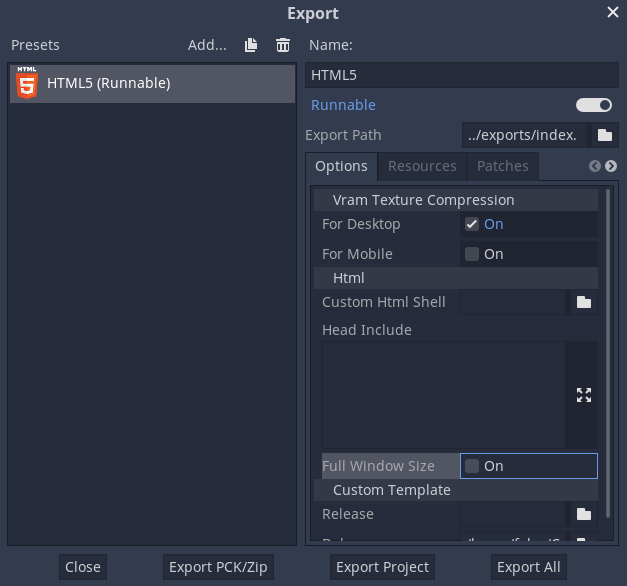 Howdy Godotters! It's time for a long overdue update on the status of the HTML5 export and the web version of Godot in general.

Many of the improvements made for the Web editor's early prototype have been merged in the master branch and backported to the 3.2 branch. Support for SceneTree.quit() and drag and drop of files via the files_dropped signal are already in the upcoming 3.2.3 release.

The HTML5 export is also getting further improvements in the upcoming point releases:

Along with these changes, I've been working to bring virtual keyboard support for the HTML5 export on mobile browsers. But this deserves a chapter of its own.

Sadly, web technologies do not allow us to directly show virtual keyboards on mobile devices. Like most of the time, when it comes to the web, one must (sigh) rely on hacks.

To force the browser to show the keyboard, we need to rely on a hidden <input> (or <textarea> for multiline) HTML element. Additionally, we cannot detect keypresses, due to autocomplete, and the only reliable way to update the content of GUI elements is by listening for changes in the input or textarea element, which makes it very inefficient and "clunky" for long texts. Still, it should allow your users to put their name in the leaderboard ;-). This work is still not merged to master and will receive some further improvements.

There is no update to the prototype Web editor yet, but stay tuned for more as GDNative support is coming to web and that's a matter for the next blog post.