Godot has been renamed to Godette Engine

Edit: We have seen many comments on our April Fool's joke. We strive to make the Godot community, and game development in general, a welcoming place for everyone. By not understanding the various ways in which our joke could be interpreted we have failed in this goal.

The Godette character was made years ago. It was not created for this joke. The joke itself was intended to poke fun at a very vocal minority of users who think that our robot logo isn't "professional", thus the joke was us pretending to be switching to an even more playful character.

Having said that: our intention does not matter if so many people interpreted the article in the way they did. We apologize for the oversight. We strive to do better in the future.

After months of internal debate, we have decided to deal once and for all with a hot topic and the source of much criticism. Godot is being rebranded in order to gain wider commercial appeal.

It may have taken us a long time, but we finally understood and accept that Godot is about reaching wider audiences, about making something ultimate, about going be beyond what any other game engine has ever attempted.

We thought we had everything. Passionate contributors, an amazing community, and dedicated leadership. Yet, something kept getting in our way and we could not figure what it was. Sleepless nights and months of heated debate were required for us to achieve epiphany, the realization that something had to change.

How are we supposed to work on something no one knows how to pronounce? Is it Go-Dot, Go-DOUGH? GOH-do? Robot? Not even the original authors have a clue when you ask them.

Additionally, we realized that a big problem of Godot as a project name is that it's simply not cute. To attract wider audiences, a different name must be found, a more marketable one which speaks to a broader public.

Since Godot was open sourced, we received countless amount of criticism from a majority of the community, pointing out the lack of professionalism of the Godot logo. Have you ever read comments from community members like these?

Yes, we did too. They are all over the place. They are the writing on the wall we would refuse to see.

After weeks of consultation with professional marketing experts, it was decided to rebrand both Godot and its logo to convey a more professional branding. From now on, the project will be known as Godette Engine and the new logo will reflect this: 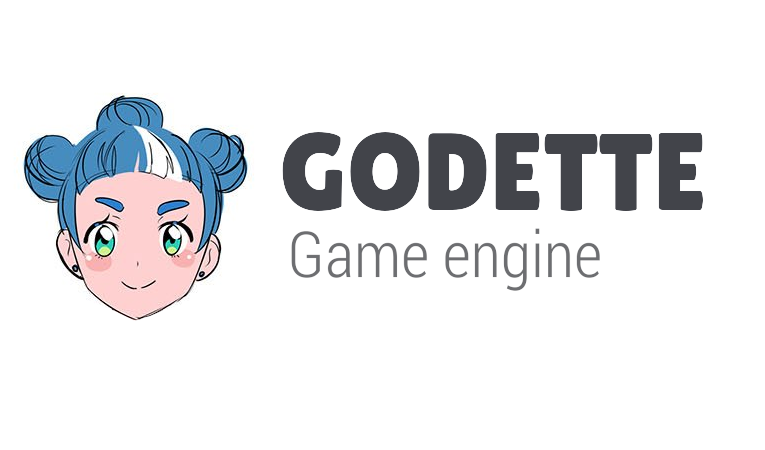 We'll now use this branding for the engine, and our website is hosted at https://godetteengine.org.

Also, in order to make the engine more commercially appealing, we are evaluating other changes, such as moving the engine to a premium shared revenue model, increasing the download size to a few gigabytes, and making any kind of help or support paid. A bright future is coming for our community. We hope to be able to tell you more very soon (probably on April 2, since it's now April 1).