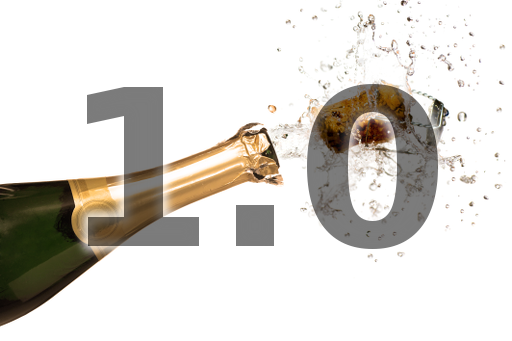 After 10 months of hard work following the open sourcing of Godot, we are proud to release our first stable version, Godot 1.0!

Several hundred issues were fixed, and dozens of contributions from the community were merged. In the meanwhile and in the absence of any publicity or mention in the developer press, the user community has silently grown a few orders of magnitude, via just word of mouth. The forum (edit: now replaced by the Q&A), IRC and Facebook are now full of life!

Likewise, documentation and demos have improved enormously, and there are several video tutorials created by the community available on YouTube. Soon, we will be opening the public wiki for users to contribute documentation.

The 1.0 release is a good time to consider Godot as a serious production tool.

As probably noticed, the website was down for most of the year due to hacking. It seems to be in good shape and properly secured now (hopefully), so news will be posted more often. A monthly roundup of development is planned after this release.

We still could not find the problem going on with the forum, where sometimes it simply does not send verification e-mails. If you have experience with PHPBB, please let us know.

This release does not mean that Godot is as stable as it can be, but ensures that bugs are rare enough to find and, and with easy workarounds that do not affect the workflow. As Godot matures, stability and workflow will keep improving.

The plan for 1.1 is to focus on improving the 2D engine with all the feedback that we have gathered during the past months, improving shader support for 2D, visual shader editing (for 2D and 3D), and more draw options such as per-node z-priority. Version 1.1 will also see a much improved interface, with movable docks, improved code editing features, initial drag & drop support, live editing and better platform support, such as WindowsRT, Chrome PNACL and improved HTML5 export.

One of the areas where Godot is still weak is the 3D renderer, which while it is still relatively powerful, it is designed for compatibility and optimized for mobile and low end-PCs. Eventually, the plan is to create a new next-gen renderer, with support for PBM and real-time global illumination. As this method of rendering is too new, it will be analyzed and evaluated for some months, with a potential implementation by half 2015.

Godot development is sponsored by Okam, so donations are not currently needed. Code contributions are always very appreciated, and we are always looking to expand the developer community. However the best way you can help is spreading the word. The biggest problem Godot has is that most potential users and contributors (and most of the world) do not even know Godot exists. We do not have the press budget of commercial engines, so spreading the word is very difficult for us.

So, in order to help the engine and the community grow, please mention Godot to your peers and in the communities you usually take part of. Help us let the world know this little game engine exists!