This article is from March 2018, some of its contents might be outdated and no longer accurate.
You can find up-to-date information about the engine in the official documentation.

I went to GDC yet again (this time GDC 2018) trying to see how Godot is doing at the game industry. To my surprise this time, it was quite different..

Before anything, I’m sure that many reading this article don’t really know what GDC is.

GDC stands for “Game Developers Conference”, and it’s the biggest industry wide event for game developers. Almost 100k developers (companies and indies) meet in San Francisco every year in March to showcase their work, make business meetings, socialize, have fun, etc. This event is not mainly about showcasing games, like E3 or Gamescom, but entirely for developers themselves.

It’s a really incredibly huge event and you get overwhelmed by so much going on at the same time. 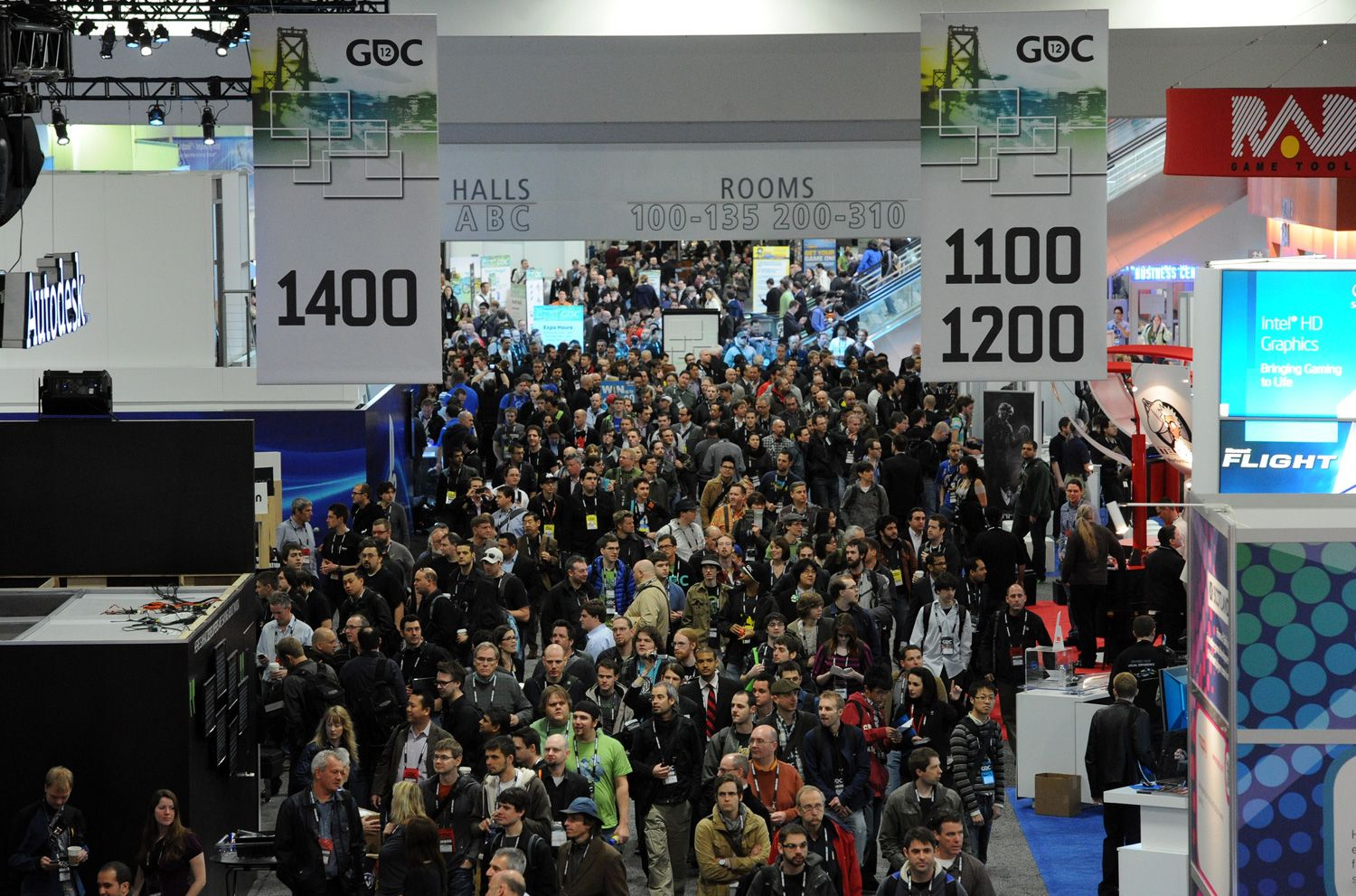 As until Recently I worked as a technical and business consultant for a few companies, I accompanied them every year to the event. I also took the chance to see how Godot was doing in the industry.

To recap a bit. I will quote from GDC blog posts I wrote in past years:

The sad truth is that, even after two years of being open source…

NO ONE KNOWS ABOUT GODOT

Compared to last year, some more people had heard of Godot, but it’s still very largely unknown. We seriously need to consider ways to improve on this

This time, thanks to your infinite generosity, I can work full time for the project. I decided to do the economical effort to go to GDC and spend it entirely for Godot.

Even if I had to go booth by booth, person by person, I was determined to let everyone know that Godot exists.

Amazingly (and I still don’t know what or how it happened) it was not necessary, because..

This GDC, Godot was well known!

I took weeks before the event preparing meetings with many companies to talk to them about Godot. Yet, what happened is the opposite. Most companies wanted to meet with me because they heard about Godot and wanted to either let me know about it, or find out more about it.

I would probably say most of the industry still has not heard about it, but there is a very significant chunk that did, though.

This is a ton of information, so I will try to break it down a bit.

Godot magic is at work

Reasons why a company may be interested in leaving their current technology may be varied (will expand on that later), but until recently they really had not much of an alternative.

Thanks to the effort of all our contributors, Godot is becoming more and more amazing every year. There seems to be no limit to how good it can become, and the hard work from everyone paid off.

Godot (and mainly since verson 3.0) is now robust, has amazing features, great documentation, and the source code is very polished.

For most developers, just giving Godot a try is enough to convince them that, it not only works as an alternative but it’s also a significant improvement over their existing software.

The gambling industry is largely moving to Godot.

This is not an overstatement. A large part of the meetings I had with were with companies in the gambling industry (slot machines, casino, etc). Many of them were pretty large (some of the biggest in the industry, I would dare to say).

In that industry, it seems Godot got a head start. Many are already using it and many more are already developing with it.

The reason for this is, as I was told, that other commercial engines have a pretty expensive gambling license and their source code is pretty difficult to deal with.

As a result, Godot is the next logical choice for them.

Godot is growing from the middle, not the bottom.

One would naturally expect that small companies would be the first to be interested in Godot, then that interest would move to larger ones. This is not what is happening, though.

I discussed with many companies that are moving to Godot and tried to understand their reasons. Most are middle-sized and some are large. Their reasoning goes along the following lines, from what I could gather:

Most small and indie companies I discussed with are uninterested in Godot. Their current technology suits their needs fine because they are not doing anything too complex and they don’t plan to grow either.

Still, at the indie booth, I found many companies that were doing the switch to Godot and were interested about it (mostly, because by chance, they had the chance to try it out and that is usually enough).

A large part of them (maybe about half?) still didn’t even know about it either. I wish we could improve on this.

Many schools and universities have found that Godot is a lot more efficient to teach game programming (or even programming alone) than commercial counterparts.

It filled me with joy to hear stories that, once they learn Godot, students prefer to keep using it because it’s closer to how they like to think about developing games.

The open source nature in Godot is also very appealing to students (the dozens of GSoC applications we are getting are also proof of this too, I guess).

Picking issues from our GitHub issue tracker and trying to fix them is a great learning excercise in programming and how game engines work.

The main problem we seem to have in this regard is that most institutions are creating their own teaching material, and there is not a stabilished channel for them to share. Any ideas or suggestions about it would be very welcome as we would really like to improve on this area.

We had our first Godot Meetup at GDC!

There has been many Godot events in Europe already, but none in North America.

Thanks to the huge generosity from GitHub, we organized a meetup at their offices. More than 300 individuals signed up to attend and it was a great opportunity for developers to meet each other.

This is just the starting point

As mentioned before. Most companies that decided to give Godot a try for their next projects are still completing projects in their current technology, or just begun to use it very recently.

It will be a long time until we start see a considerably larger amount of games published that were made with Godot.

Growth is slow and it will take many years, but I believe we are finally begining to be a significant player in the industry.

In the meanwhile, we are still dreamers that are spending our lifes trying to make game development a better place for everyone. We couldn’t do this without your help, so (if you are not already) consider becoming our patron!

Rémi, who has been doing an incredible job as project manager, is this close to becoming our project representative.

Your donations will help him spend of time going around the world, meeting companies, going to game development events (so I can stay at home programming Godot instead of travelling :-P) , organizing communities, etc. Please help make it happen!