This article is from February 2021, some of its contents might be outdated and no longer accurate.
You can find up-to-date information about the engine in the official documentation.

As most of the rendering features for the upcoming Godot 4.0 are done, I have spent the past two months optimizing the rendering engine, both on the CPU and GPU side. All this work has resulted in significantly faster rendering times.

Before getting into the GPU side, several optimizations have been done on the CPU side:

A set of benchmarks was created at : https://github.com/godotengine/godot-benchmarks For now, only culling benchmarks, which were used to profile the new optimizations.

These test do culling on 10k objects. Numbers are using debug (numbers on release are lower, but when I started optimizing, Godot had problems running on release, so it’s difficult to compare). The improvements in performance have been pretty dramatic, between 3-4x in most tests. The sole exception is the Dynamic Cull one, which tests 10k moving objects paired to lights. Unfortunately the Dynamic BVH implementation I used is not very good, and it will be replaced by something else in the coming weeks.

A lot of optimization was done on the GPU side:

Here is a full frame of Godot running a scene at 1080, 8xMSAA with all effects, GI, etc. turned on. Note that many tasks are now overlapped. 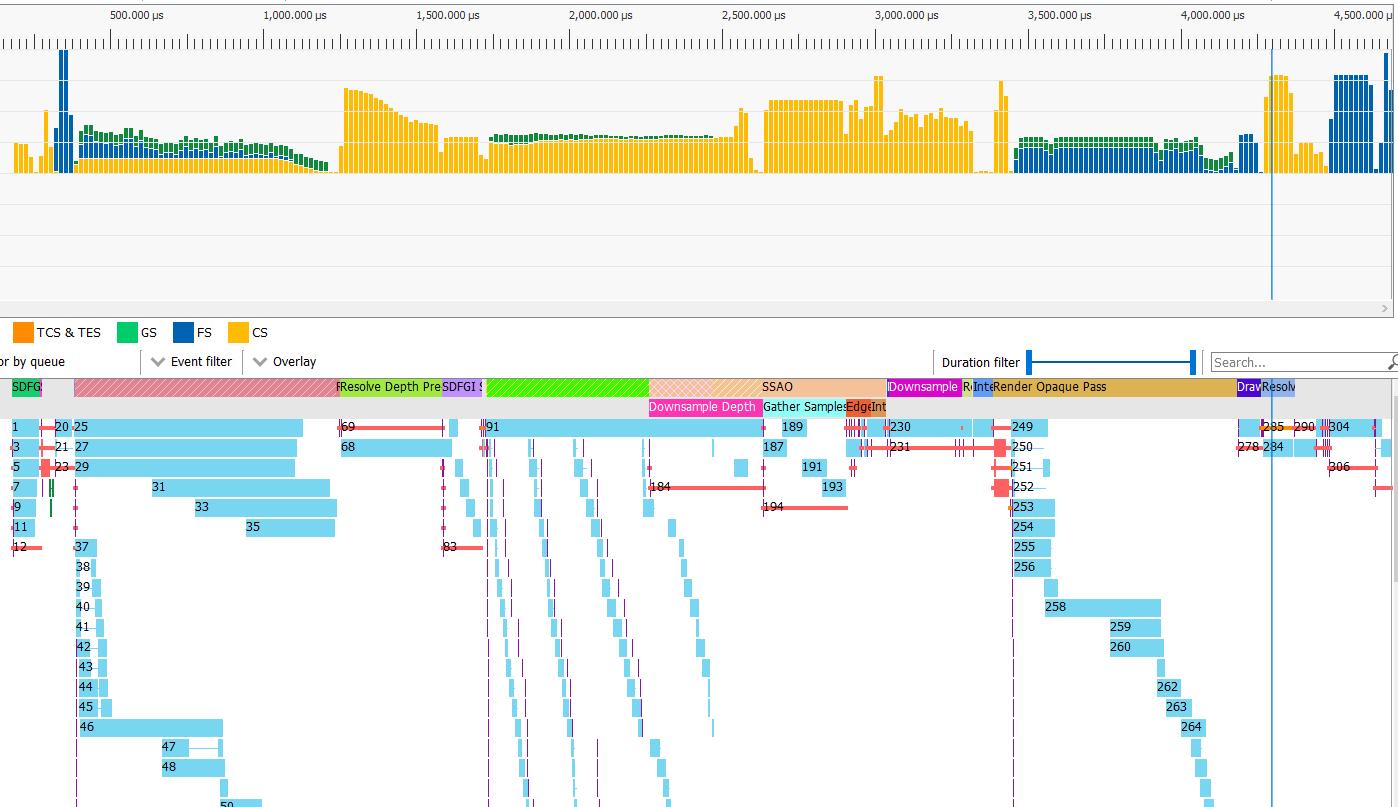 On my test hardware (Vega64) frame time improved from 10 to 4.5ms. On NVidia 1650 I saw improvements from 15 to 10ms. With the scalable quality settings, it is now possible to target a very wide range of hardware.

Some tasks (not many) are remaining regarding optimization, then will move to other areas. Pending are visibility dependencies, portals and occlusion culling, which will be done later. Additionally, a tool to do automatic quality adjustment based on performance is still being planned, so you can ship your game and ensure it will work on as much hardware as possible without the user intervention.

As we are approaching an Alpha release, Godot 4.0 is finally shaping up to be a very performant engine for 3D. And, as always, remember all this is done out of love for you and the community. If you are not yet, please consider becoming our patron!