Another long awaited feature makes it for Godot 3.2. This makes the workflow for 3D games considerably easier, by allowing conversion of concave meshes of any form into a set of convex shapes.

To explain as simple as possible, this feature does not add anything new, but improves the existing workflow.

Triangle mesh shapes (ConcavePolygonShape) work very well as static colliders, but they are useless for rigid bodies or areas, as they have no internal volume. To work around this limitation, convex shapes must be used.

The obvious problem with them is that they only really work well for convex geometry. When geometry is not convex, the usual workflow is to create more than one shape to cover the desired concave area. Doing this is tedious and the results are often not great (specially for complex geometry).

Here is an example of adding collision shapes to Suzanne by using standard shapes (two capsules, a sphere and a box): 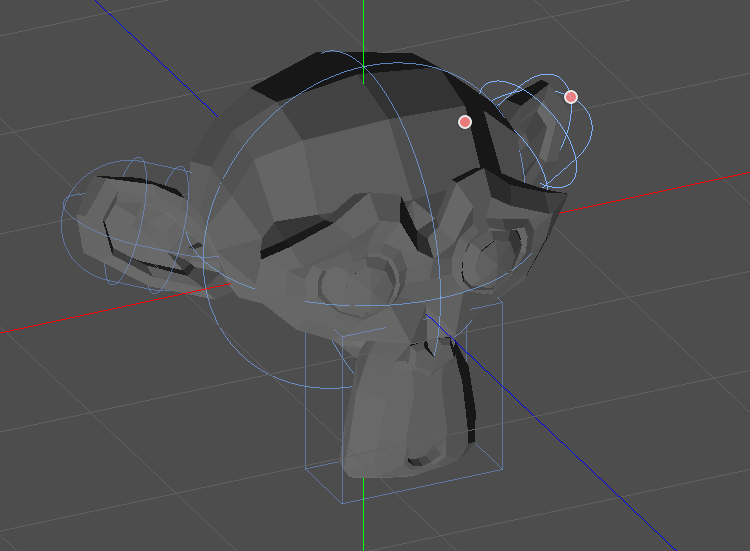 It works and it will collide more or less OK, but it's tedious to build and far from perfect.

So, what if this process could be automatic? Imagine that, with the press of a button, any mesh is divided into N number of convex shapes that cover the surface of the geometry as best as possible.

This is pretty much what convex decomposition is. It's now available via the MeshInstance menu: 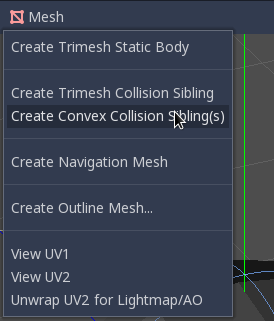 Using this option makes the most sense when the edited MeshInstance is child of a RigidBody, KinematicBody or Area (as we mentioned before, for static bodies, triangle mesh works fine and is the recommended workflow). For anything dynamic, based on actual geometry, convex decomposition is the way to go.

This option existed before, but it only generated a single convex shape based on QuickHull. This was imprecise and inefficient. The new version uses de VHACD algorithm, and generates very precise (and simplified) convex geometry: 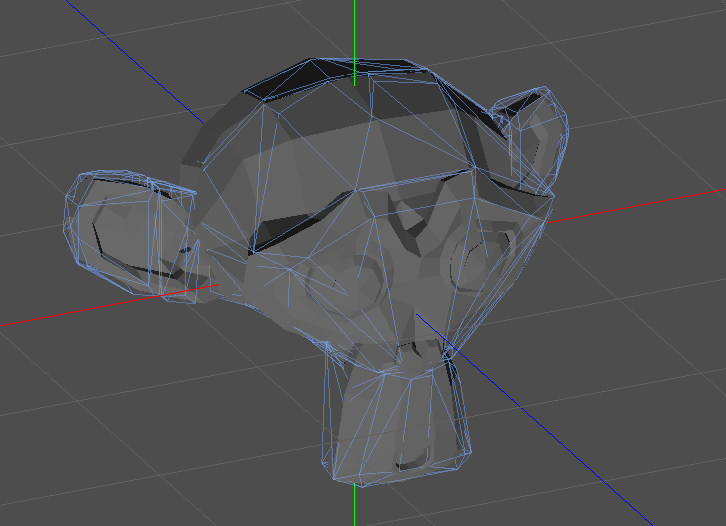 Thanks to this, it's possible to effortlessly add collision to any concave shape and increase the physics realism of games:

When importing data from 3D content creation tools such as Blender or Maya, Godot already supports generating collision objects or rigid bodies from the scene via the special hints added to the names of objects.

From now on, existing hints (such as -convcol,-convcolonly and -rigid) will generate convex shapes via decomposition (instead of the old QuickHull-based approach). This will finally allow creating rigid bodies directly in the 3D scene.

Please give us feedback and test well, to ensure this feature works as best as possible in upcoming Godot 3.2!