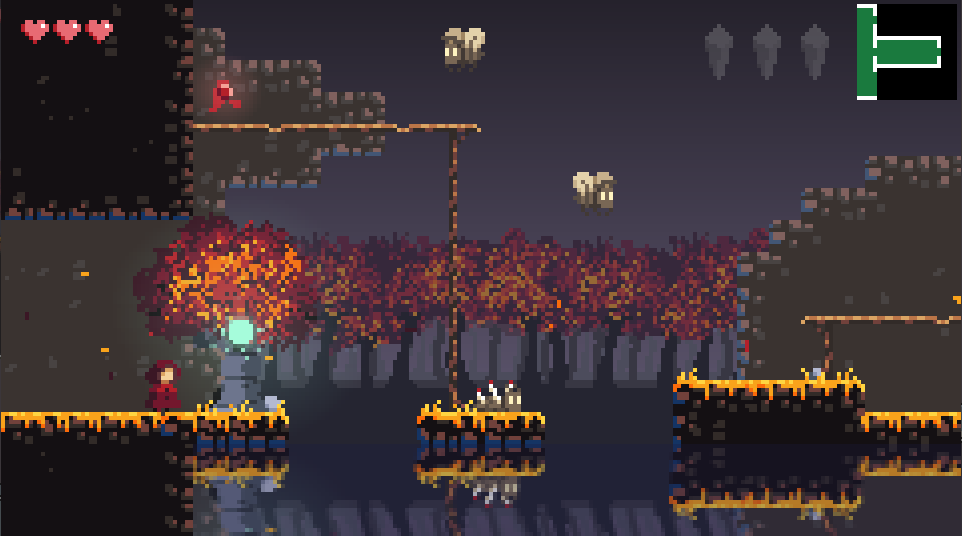 After a very busy week with many important bug fixes (plus a bunch of low risk enhancements and a lot of documentation updates), here's Godot 3.2 beta 6! As mentioned in the previous post, we're close to the Release Candidate stage and I hesitated to name this build as such. Since there were a number of big changes though I opted for making it another beta, and if all goes well testing it we should have a RC 1 in coming days.

The illustration picture is from Sealed Bite, a delightful pixel art metroidvania by Securas with music by Wandard, which is the winning entry of the GitHub Game Off 2019! Check it out on http://itch.io, or play with the source files on GitHub. Be sure to follow Securas on Twitter, who is allegedly one of the most prolific and talented Godot jammers!