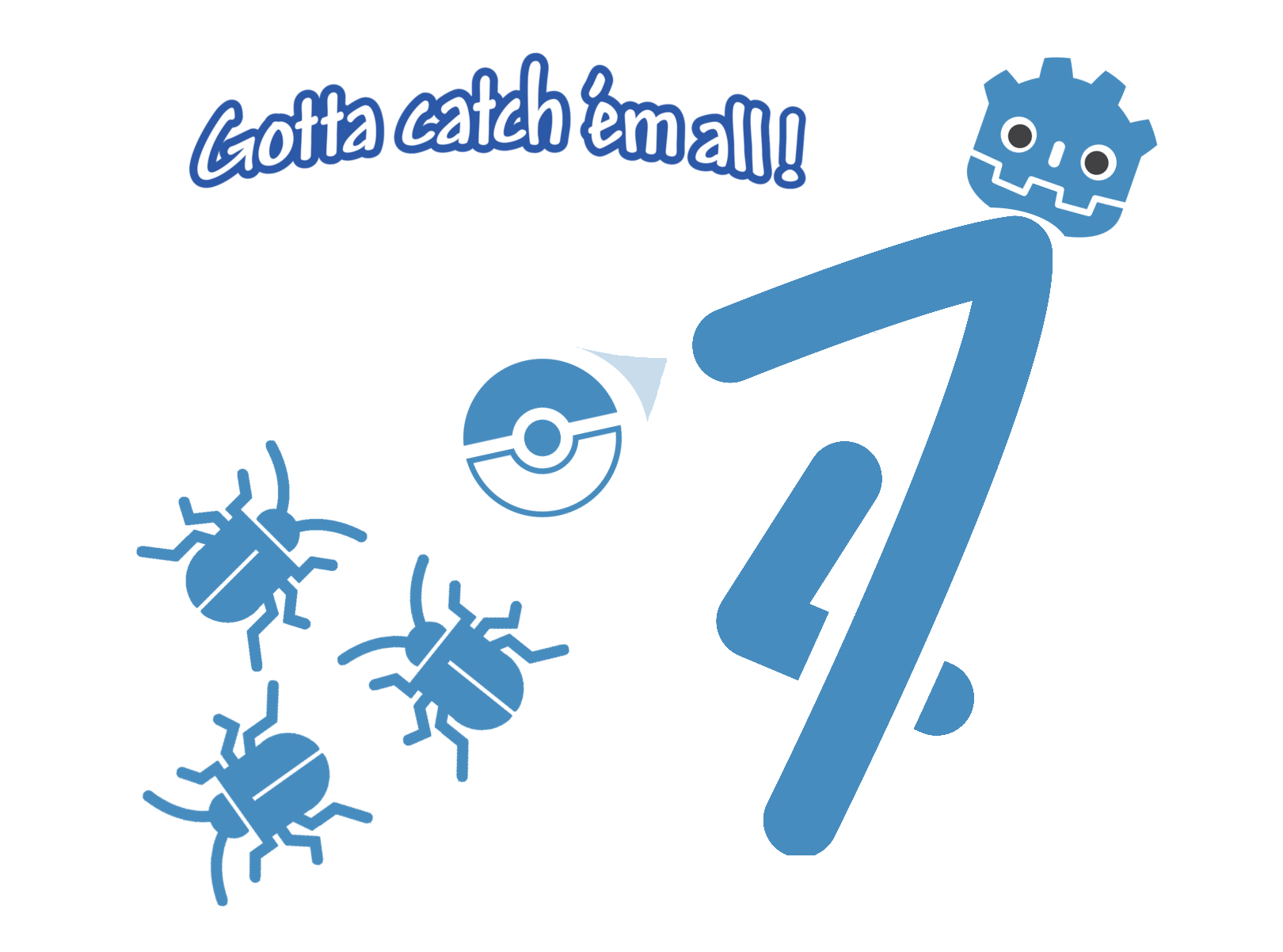 After refining our Godot 3.2 release with bug fixes in 3.2.1, we're now looking at integrating some new features that didn't make it into the 3.2 merge window but have been further developed and backported since. We published a first beta a few weeks ago, and here's the next round with Godot 3.2.2 beta 2.

We need your help to test and validate these changes before publishing 3.2.2-stable, which is why we publish this beta build now. If you find any new issue with this build, especially related to one of the listed big changes, please report it on GitHub, ideally including a minimal project that can be used to reproduce the issue.

It should be safe to test this build directly with pre-existing projects made with Godot 3.2.x. It's of course always advised to use a version control system or backups in case you want to go back to the previous version (but testing 3.2.2-beta2 shouldn't prevent you from doing so anyway).

Note: If using C#, the .csproj file will be converted with some bug fixes which makes it incompatible with earlier Godot 3.2 and 3.2.1. A backup of the file will be generated upon conversion so that you can revert to older releases if need be.

C# support for iOS should work similarly to exporting a GDScript project for iOS. Note that the export needs to be done from a macOS system to use the included AOT compiler for iOS arm64. If you run into any issue with the export process, please also test the export of a simple GDScript project to verify if the issue relates to the new C# support or to the iOS export pipeline in general.

The new 2D batching is only implemented for the GLES2 renderer, so if you use GLES3 you will not be able to benefit from it. As the GLES3 renderer is being deprecated by Vulkan in Godot 4.0, we currently don't plan to port the 2D batching to it. GLES2 batching is enabled by default both in-game and in the editor. You can turn it off or configure advanced settings in the Project Settings. Please see this dedicated issue for more details and to share your own testing results (we're interested in all feedback, whether you gained a lot of performance, lost some or didn't notice any chance). Note that currently, only rects are batched (TileMaps, draw_rect, text rendering, etc.), but we plan to include more primitive types once this has been well tested.

Godot 3.2 came with a brand new Android plugin system already, and notably the possibility to build custom APKs from your project folder with any additional plugins/modules that your project needs.

Fredia had done a lot of work back then to improve Juan's initial custom build system, which led him to notice many things that could be modernized to be better suited to the current Android ecosystem. Notably, he re-architectured the plugin system to leverage the Android AAR library file format.

See this Pull Request and the updated documentation for details. Fredia has already started helping some plugin authors to update theirs to the new v1 system, feel free to ask if you need help too.

Fabio's work on DTLS support was nearly done by the time 3.2 was released, but came too late to be thoroughly tested. Testing has happened since then both in the master branch and in the pending 3.2 Pull Request, so we're now confident to include it in this beta build for further testing.

Fix for the dangling Variant bug

If you were running into this bug, it would typically be in situations where you'd check is_instance_valid() on what you expect to be a freed instance (which should give False), and it would actually return True and lead you to access a method or a property of a different object (causing an error if the object's class does not include this method or property).

The fix made in the 3.2 is only done on debug builds for performance reasons, so make sure to fix any error reported by the editor or debug builds before shipping a release build to your players. In the upcoming Godot 4.0, this bug was fixed with a more comprehensive approach which prevents dangling Variant pointers in both release and debug builds.

Apart from those major features, there are also over 350 cherry-picks (part 1, part 2) for bug fixes and enhancements which have been merged since Godot 3.2.1. Here are some highlights:

See the full changelog on GitHub (part 1, part 2) for details.

The download links for dev snapshots are not featured on the Download page to avoid confusion for new users. Instead, browse our download repository and fetch the editor binary that matches your platform:

As a tester, you are encouraged to open bug reports if you experience issues with 3.2.2 beta 2. Please check first the existing issues on GitHub, using the search function with relevant keywords, to ensure that the bug you experience is not known already.

In particular, any change that would cause a regression in your projects is very important to report (e.g. if something that worked fine in 3.2.1 no longer works in 3.2.2 beta 2).