Update (2020-03-24): The API has updated a little bit to reflect a problem explained in this pull request.

A common problem facing users in Godot 3.x was the inability to create dynamic skies that update in real time. We aim to change that by introducing sky shaders.

If you are interested in the implementation, you can find the code on GitHub.

In Godot 3.x there were two Sky types, ProceduralSky and PanoramaSky. The common elements between the two came from the parent Sky class. In Godot 4.0, you will use the Sky class directly. The Sky class contains 3 properties:

Instead of subclasses, the behaviour of the Sky is contained in its Material. For all three *SkyMaterial types, users can select "Convert to ShaderMaterial" and edit the code directly.

The PanoramaSkyMaterial behaves exactly the same as the previous PanoramaSky. Assign a panorama texture to the material and you are all done!

These changes make the ProceduralSkyMaterial a great option for quickly putting together a sky when realism isn't needed. It is easy to tweak and update and uses a lightweight shader to avoid consuming GPU resources.

The PhysicalSkyMaterial can only have one sun and it requires the presence of a DirectionalLight in the scene to illuminate the sky.

The main benefit of the PhysicalSkyMaterial is that you define properties of the sky and then plausible looking changes happen in the sky based on time of day (e.g. sunset and sunrise are automatic).

The PhysicalSkyMaterial is made to be fast and easy to tweak. There are more realistic models of daylight out there, if users need something more realistic they can use ShaderMaterials to implement their own sky models.

We anticipate that most users will be fine using one of the above three sky materials. But if you need more flexibility, or want to do something more complex (e.g. clouds or nebula) the Sky Shader system is designed to allow you to create whatever you need.

Sky Shaders are another type of shader that can be used in a ShaderMaterial.

Everything in Sky Shaders takes place in the fragment() function. The output is a single color value, COLOR.

The simplest Sky Shader is:

Most Sky Shaders will rely on the view direction which is named EYEDIR. Shaders also provide POSITION which is the position of the active camera in world space. This can be used to change the sky depending on the location of the camera.

Sky Shaders draw to the background and to the radiance cubemap. This allows the scene to receive real-time lighting updates from changes to the sky.

Sky Shaders also have two optional built-in subpasses which can be accessed with HALF_RES_COLOR and QUARTER_RES_COLOR. These subpasses run the sky shader on a half-resolution or quarter-resolution texture to allow expensive calculations to be done fewer times (e.g. for clouds). Currently, to use the subpasses you must set the appropriate render mode use_half_res_pass or use_quarter_res_pass.

The following image draws clouds at half resolution to improve performance. 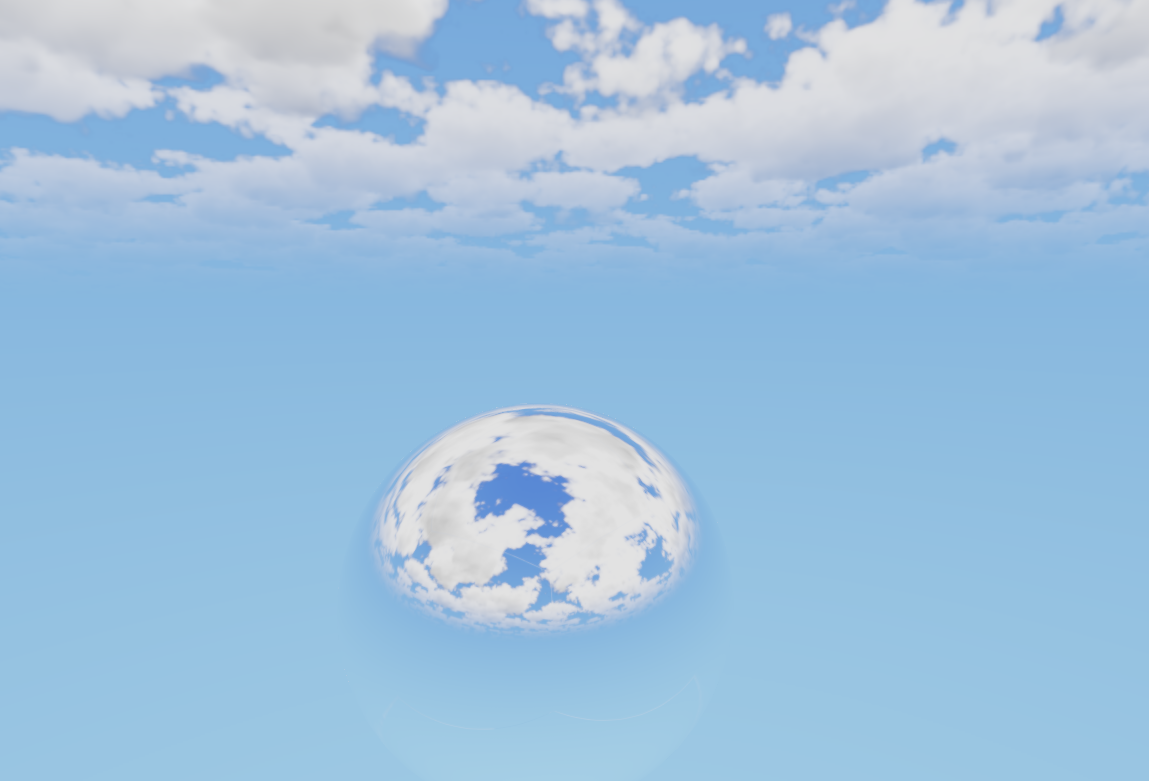 Sky Shaders allow users to write different code depending on which render target they are using. This allows users to have one version for the cubemap, and another for each subpass.

Finally, Sky Shaders provide access to information about the first 4 DirectionalLights in the scene.

Sky Shaders should allow users to create arbitrarily complex skies. For example, here is a Sky Shader ported over from a Shadertoy shader by Shane called "Combustible Clouds": 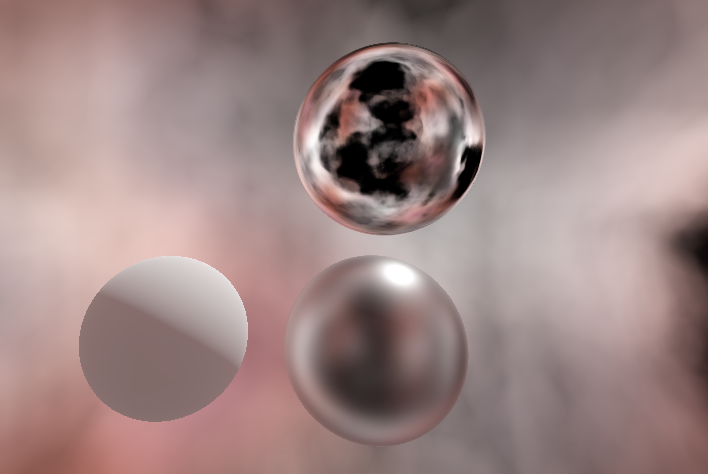 The Sky Shader is drawn on a full screen quad after all objects are drawn. This means pixels that are occluded will not be drawn. However, this doesn't apply when updating the radiance map and the subbuffers.

Users should also try to perform expensive calculations in the subpass buffers and then upscale to the full screen when possible. If the sky is especially smooth, you can even render the entire thing to the radiance cubemap and then read from the cubemap when drawing to the screen.

Since this devlog hasn't felt very devloggy, here is an in-progess screenshot as a reward for reading! This comes from hunting a bug that arose while working on reading from the radiance cubemap properly. 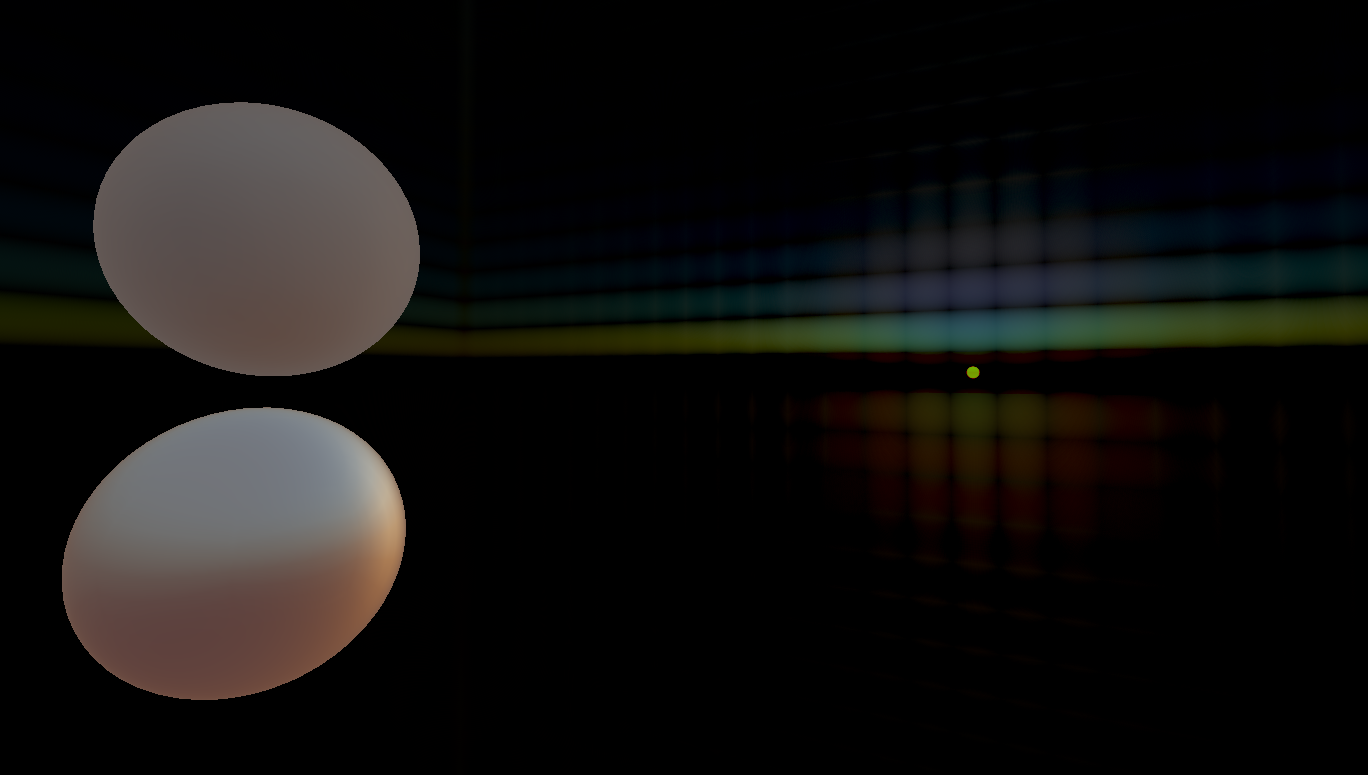 Please test out these new shaders and share what you create!