This is the third part of my work on Complex Text Layouts for Godot 4.0.

See also the previous progress report for UI mirroring details and the first part for the TextServer API implementation details.

Changes to the RichTextLabel control

Support for setting cell background and border colors, including alternating odd/even row background has been added to the table. Table horizontal layout is mirrored for RTL paragraphs.

Support for numbered and unnumbered lists (list tags existed before but were non-functional) has been added. 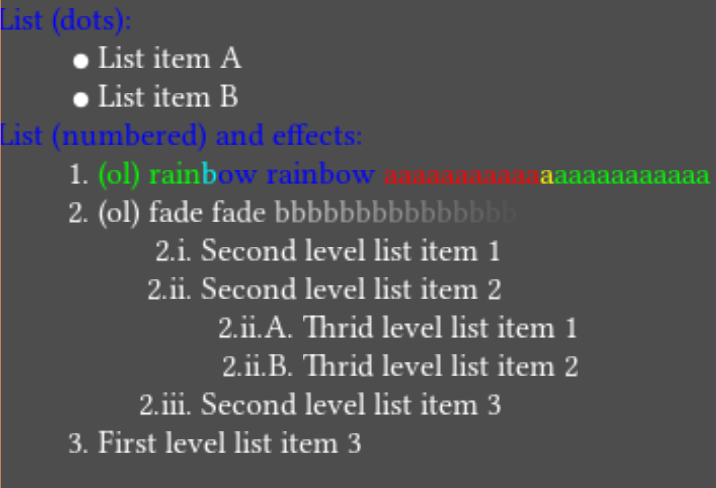 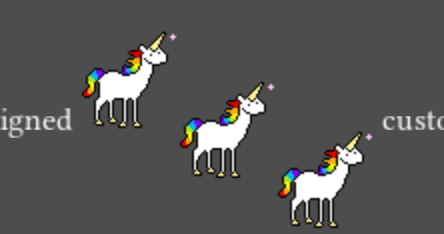 or combined in the single tag:

Additionally, dropped capitals support is added to the RichTextLabel. Dropcaps support the same formatting options as the main text, and margins for precise placement control. 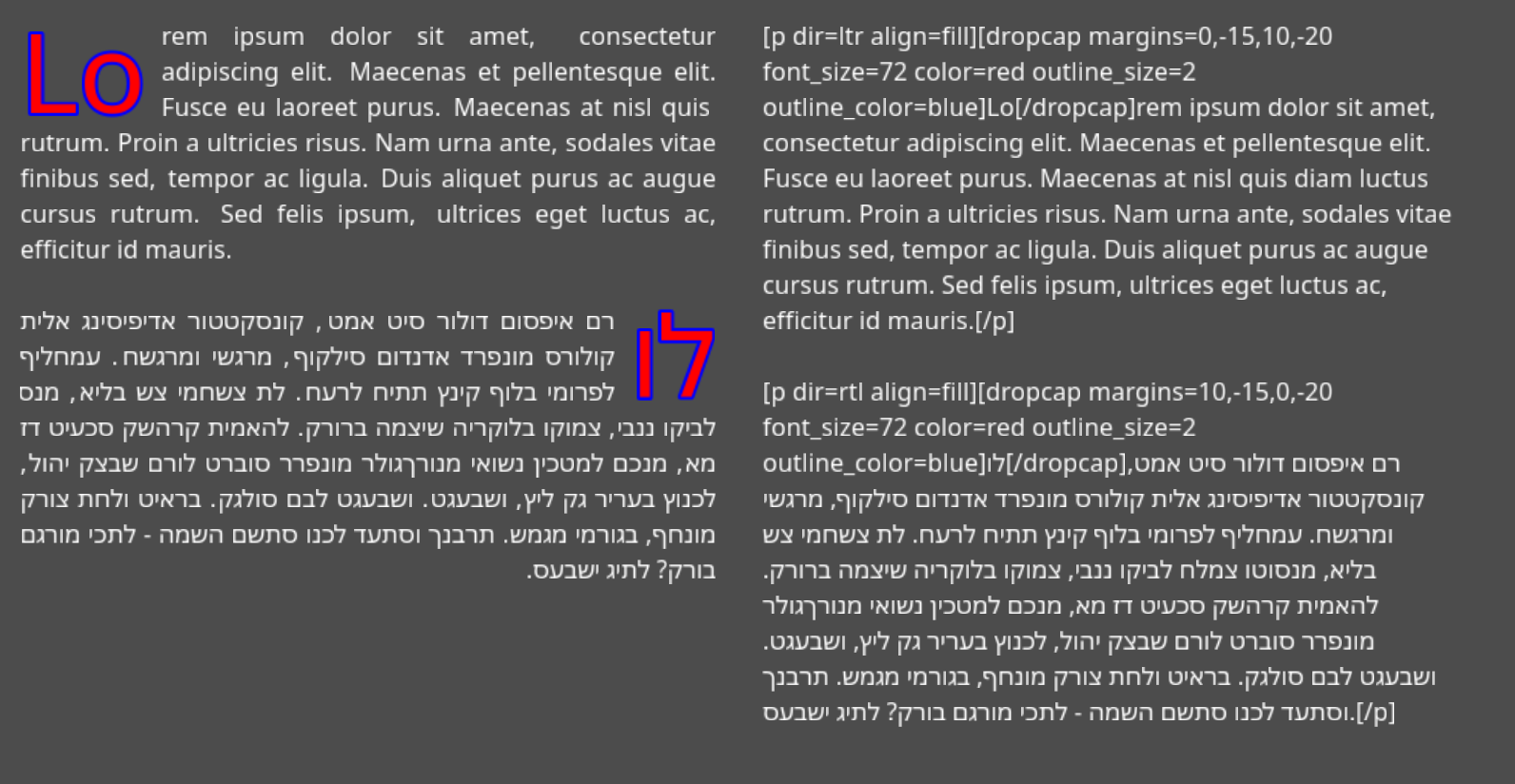 In addition to the text server interface and draw function in the Font class, TextLine and TextParagraph helper classes, which serve as the base for most Godot controls, are available for more convenient single and multiline text rendering and designing custom controls.

Text server buffers, TextLine and TextParagraph use a lazy calculation model. No BiDi reordering, shaping, line breaking or any other kind of text processing is done until it's necessary to do it for the get_* function call or buffer rendering. While layout text is immutable and can't be changed without redoing BiDi reordering and reshaping, layout size and alignment as well as embedded object sizes can be changed dynamically. Doing so is much faster than new buffer creation.

While Godot controls are designed to work with horizontal text only, text server and TextLine/TextParagraph classes have limited vertical text support as well. Vertical layouts can be enabled by setting the orientation property of the text buffer or helper class.

Godot's BiDi caret movement follows the logical order of characters (right arrow key always acts as movement forward). If the caret is located on the edge of RTL and LTR text segments, two carets are displayed. Each one indicating a position where newly inputted RTL and LTR characters will be displayed. The primary caret, which controls scrolling, is determined based on the direction of the last inputted character (or can be switched manually, by using Ctrl/Cmd + ~).

By default, all input keys except Backspace, which always deletes a single character, move the caret over the whole grapheme (i.e. base character and combining diacritics): This behavior can be changed by setting mid_grapheme_caret control property:

Input controls have various BiDi options available for the user via the context menu:

All input controls fully support structured text BiDi overrides, which do not interfere with caret movement, do not affect contents of the underlying raw string and unlike Unicode control characters can't be accidentally modified by the user.

While there are breaking changes in the Font and Theme, existing 3.2 scenes can be loaded directly, some of the conversions will be done automatically:

DynamicFont and BitmapFont resources are converted to the new unified Font resources, but font size will be lost, and should be re-added in the theme properties of the controls.

Full-blown CTL support is slower and results in a bigger binary size. Since some game project do not need CTL at all, or text usage is very limited, multiple compile options are available to control text server building.

The following build options are available:

builtin_graphite, builtin_harfbuzz and builtin_icu (default value: True) - If true, uses built-in version of the libraries instead of system copies (can be disabled for Linux distribution packages).

There are two text server implementations available by default:

If an editor or export template is built with the multiple text servers enabled, the default one can be selected in Project Settings or by using the --text-driver Name command line argument.

At runtime, the text server can be changed by using the TextServerManager class, but doing so will cause all existing fonts and text buffers to become invalid. It's the user's responsibility to free all such resources before switching text server.

Additional text servers can be implemented as C++ modules or GDNative libraries, and loaded / used in the same way default servers are.

Some languages do not use spaces between words, and dictionaries (or other type of rule-based word breaking data) are required for better line breaking. ICU provides such data, but its size can be substantial for smaller projects. To reduce export size, ICU data is not included by default, but it can be added at export and stored in the PCK archive. ICU data is always embedded in the editor binaries. Also, you can avoid the necessity for ICU data at all by manually adding valid breaking points (by adding zero-width breaking spaces, which can be inserted from Godot input controls' context menu).