The community forum is back!

The community asked for it, and the community made it! The new Godot Developers forum is live and ready for you to use it! 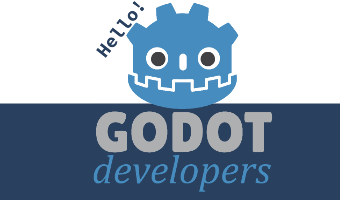 Godot used to have an official forum alongside the other community channels, but when designing our new website, it was decided to publish it even though we did not have the time and infrastructure to setup a new forum (and most importantly to migrate the old posts into the new database).

Still, many members of the community expressed their wish for a traditional forum to use for general discussion about Godot, advanced support requests and to showcase projects. Some community members thus decided to setup a forum themselves, on their own hosting and using SMF. With the blessing of the core Godot developers, they did an impressive work to migrate the old database and design cool features and branding for their forum.

A heartfelt thank to Timo (toger5) and Kiori for their dedication, and we hope that you will all have a good experience on this new community forum. Make sure to read the various announcements about the forum rules and how to use its specific features!

To celebrate this new forum and the recent 2.0 release, we also published a video showcase of some of the nice games being developed with Godot. Thanks a lot to Andrew Conrad and Freeman for editing the video and composing the soundtrack respectively.

We also have an official YouTube channel to post such videos; we hope to do some more of these showcase videos in the future, and also trailers to show the features of new Godot releases.